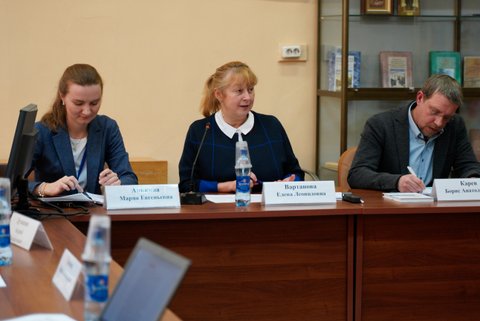 As part of its ambassador initiative, IAMCR co-sponsored the ‘Journalism in 2019: Creativity, Profession, Industry’ that took place at the Faculty of Journalism, Lomonosov Moscow State University on 6-8 February 2020.

The conference was been organized at the Faculty of Journalism for 30 years and is currently one of the biggest and best-known academic conferences on media and journalism in Russia. In 2020, the conference addressed the issues of media convergence, media system transformations, the shift of journalists' functions and roles in the digital age, as well as local and ethnic media development trends, gender studies, media psychology and many other topics. Other conference partners included the National Association of Russian Mass Media Researchers, the Russian Union of Journalists, the School of Journalism and Mass Communications at St. Petersburg State University and the Federal Educational and Methodological Association.

The event was attended by 420 people from Russia and foreign countries (Belorussia, Ukraine, Moldova, Kazakhstan, Estonia, Finland, Italy, Germany, China, among others) who presented papers and took part in discussions. Among the conference participants were media scholars, media managers, journalists, undergraduate and graduate students from different cities in Russia and abroad.

The dean of the Faculty of Journalism, Professor Elena Vartanova, mentioned that the conference was co-sponsored by IAMCR in her speech at the opening ceremony. IAMCR's Ambassador in Russia, Anna Gladkova, answered questions about IAMCR and its activities and encouraged scholars join the association as individual or institutional members.